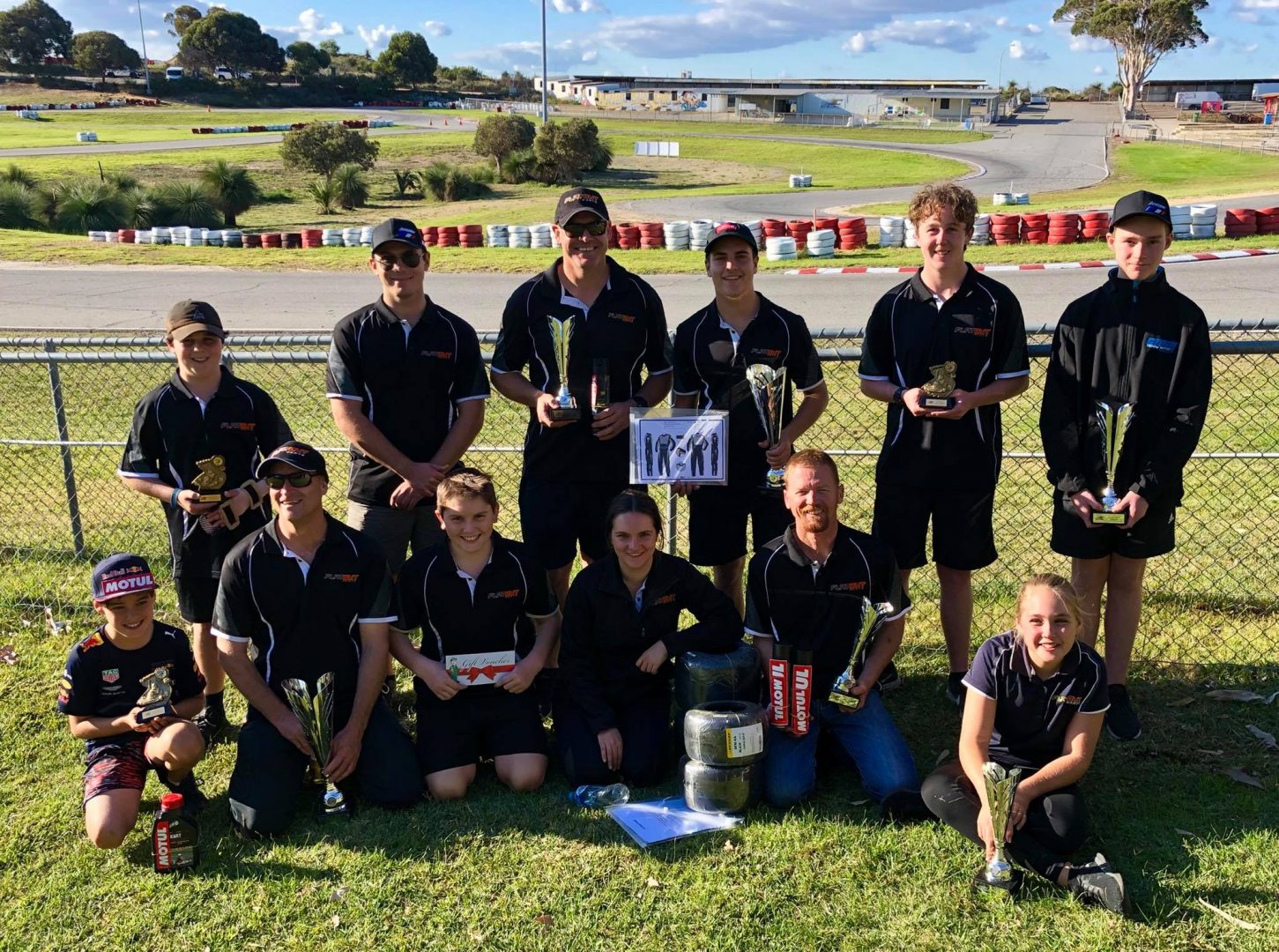 Tiger Kart Club held their inaugural City of Perth Titles last weekend at Cockburn International Raceway. It was a great weekend for the Flatout crew with some great results to show for it.

TAG 125 Restricted Masters saw Greg Dicker make an appearance after over two years out of the kart. He managed a win in three of the five races and even a third position after starting from the rear in heat three on Saturday and took the win overall. He showed us that the the old boy has still got it (maybe the speed of the new Arrow X5 helped to cover up some of the old age!).

In 125 Restricted Medium, Westy kept consistent over all five races whilst others crashed and were penalised around him. He showed good pace all weekend and his consistency really paid off earning himself a third position podium for the weekend.

In KA3 Junior, Craig Spencer had a bit of bad luck for the weekend. A fouled plug in the first race unfortunately lead to a DNF for Craig resulting in zero points for the race. He made a great come back to make his way all the way back up the points into third position however a small penalty in the final race relegated him back to fifth for the race meeting. His pace over the weekend was evident and even fifth with a DNF is still a great result.

Open Class put on a great show for the weekend, showing off some of WA’s fastest kart packages. Sam Dicker had a run in Dave Harris’ twin DVS monster packing 80 horsepower! Greg Campbell made the trip down from Karratha to run his twin 125 Iame X30. The pace of the DVS coupled with Sam was unbeatable over the weekend and Sam pulled out a win in all five races. Again, it was consistency that paid off for Greg and he finished the weekend in third.

Finally, TAG 125 Light had some intense competition as per usual. Corey Minton came home in second for the weekend and Hayden Fraser came home fourth, missing out on third by only 3 points! Both of the boys showed great pace over the weekend.

Zane Rhodes put in an awesome lap in qualifying to put his kart on pole in Cadet 12. He raced his little heart out for the rest of the weekend and finished fifth in the points for the event.

Flatout would like to thank all of our customers and crew for the great weekend as we wouldn’t be doing this without you all!